Skip to content
HomeProgram4 December: me Tarzan you Gender

CATS ON THE ROOF – Women on the battlefield: from partisans to transsexuals
Film & Lecture-Performance by Maria Sarri

There are three valuable documentary films directed by Alinda Dimitriou. In these films, women narrate their experiences from 2nd World War, civil war and the struggle against dictatorship. All the stories are about the battle of left and communist women in Greece for social justice and equality. In my presentation, taking up the path Dimitriou had opened but also diverging from it, I would like to talk about women in Greece today in terms of the so called “crisis” due to economical reasons. Under the new social aspects the targets and desires of people have completely changed; through filmed interviews with various “women” I would like to present the new struggle beyond sexes, national identity and classes; the struggle for co-existence, dignity and pride. Women: old, young, trans, lesbians, immigrants.

Greece is not merely a country that has seen its Athens Gay Pride (and similar events in other big cities) become a major event in the last few years. As critics have been quick to note, new modes of queer cultural expression have also appeared and gained visibility in the country in the past 15 years. However, the current “crisis” climate has also fostered a strengthening of older gender hierarchies and a new upsurge in homophobic and sexist discourses, as well as a rise in gender violence and homophobic attacks. The debate, therefore, seems to be adopting extremely oppositional terms: a recently emerging backlash coming from a traditionalist, patriarchal and homophobic Greece in contrast to a dynamic of modern and progressive queer Greece. The lecture will show how, for all its worth, this binary belies a much more complicated situation. To create a radical queer genealogy in the Greek public sphere is still unthinkable by both traditionalist and progressive rhetoric – and this is exactly why such a gesture remains, politically at least, the queerest thing to do in today’s Greece.

FYTA will be presenting a multimedia delirium where (post)-political indignation meets (anti)nationalist enjoyment – all with a queer ethos and in apocalyptic aesthetics! FYTA will be attempting to re-present nature in its raw and un-natural origins. FYTA displace what is seen as the socially-uniting commonsensical truth and replace it with another, ever-elusive type of common sense which is irritating and contradictory, yet stubborn-minded and pseudoscientific. In our de-naturalising project we aim at the total alienation of our audience. Lost in a meta-semiotic sea of stimuli, our audience falls into structural despair, hopefully emerging the other side ready to re-think politics and aesthetics. 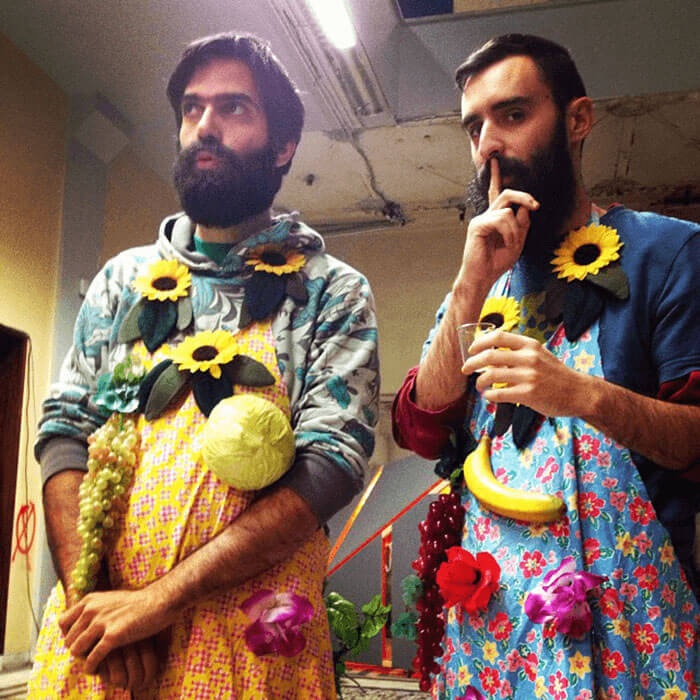